Fonroque was home to a lot of Cabernet Franc in the period when nitrogen fertilisers and other yield-enhancing additions began to make their appearance.

Although the estate has never been subjected to thoughtlessly high levels of chemical treatments, it was run using a conventional viticultural approach. Unlike Merlot, which deals fairly well with high yields and continues to produce wines that stand tall under these conditions, Cabernet Franc (like Pinot Noir in Burgundy) is rather capricious and cannot cope with this modus operandi, which produces a rather ordinary result with quick loss of concentration and density. As well as being intolerant to nitrogen and moisture, Cabernet Franc also ripens later than Merlot. Given that higher yields mean a longer ripening period for each vine, this grape variety resistant to large-scale practices was often harvested unripe, meaning that it was never included in top wines in the 1980s.

Previous generations therefore decided to rip up large quantities of Cabernet Franc. This occurred at Fonroque and everywhere else during this period, and is one of the damaging side effects of agriculture being ramped up well beyond its natural capacity.

Since Fonroque has been run by Alain Moueix using biodynamic cultivation, 100% of the Cabernet Franc has gone into the top wine. Although the limestone plateau is considered to be the estate’s best terroir, numerous vines have had to be ripped up here to combat the steady decline in yields. We chose to replant with Merlot, as this is the perfect spot to bring out the particular crystalline effect resulting from this grape variety’s interaction with this type of soil. This has significantly increased and is still increasing the yields produced by these plots, thanks to which we are seeing a major net gain in quality within the blend. Furthermore, we have planted Cabernet Franc in the plots on the lower part of the hillside and at the bottom of the hill. We planted sixty ares of Cabernet Franc in 2015, 95 ares in 2018 and 66 ares in 2019, and these figures are increasing.

However, the support that limestone provides on the palate and the presence of clay give our wine a lovely structure, and Cabernet Franc is of interest not for its structuring skills but rather for its ability to enhance density, creating an even more ample wine. Biodynamics also helps Merlot to open up significantly more. It gains height and breadth and creates a very interesting feel on the mid-palate, but cannot be too volatile as the wine needs presence.

Freshness, finally, is naturally abundant at Fonroque, meaning that there is no need to add any Petit Verdot vines. 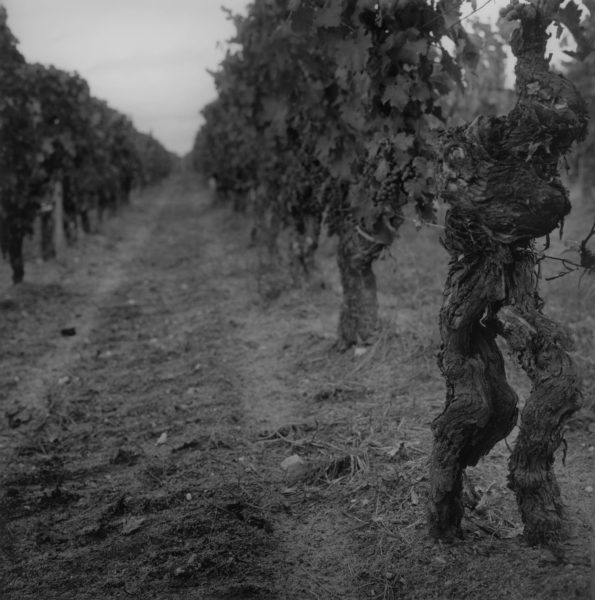